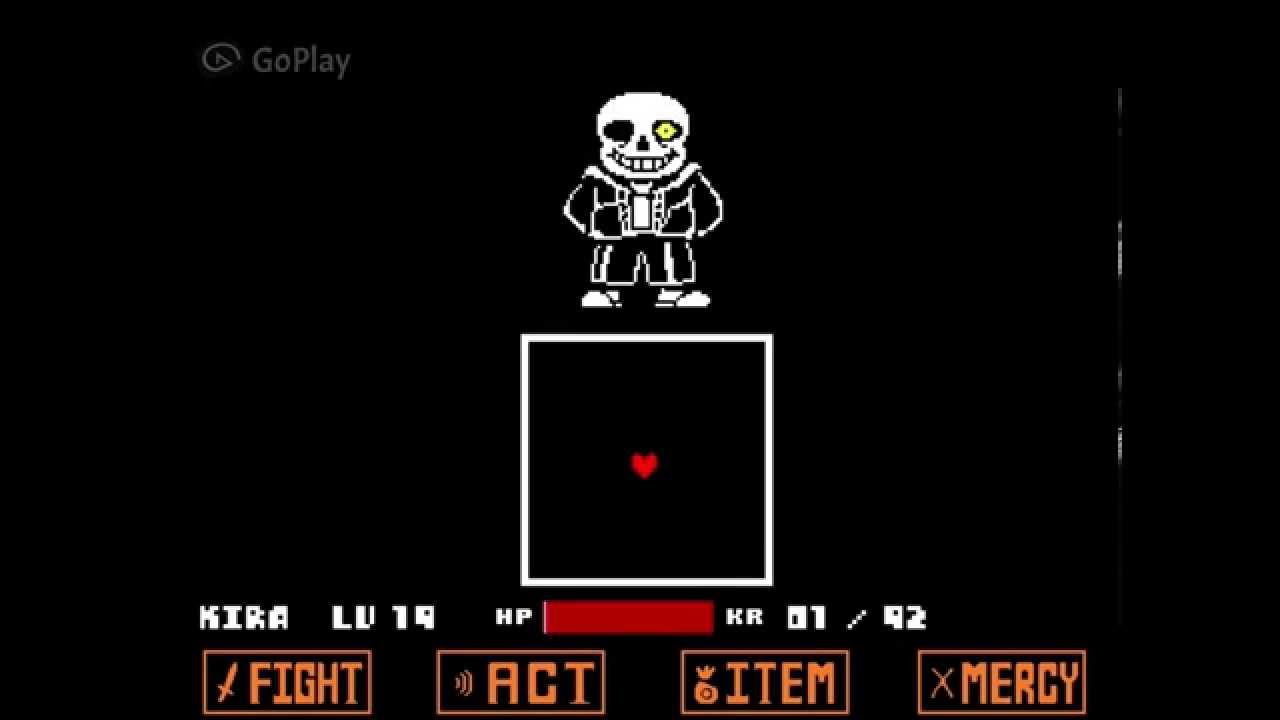 What’s wrong, can’t handle a bit of a challenge?
————————————–
I really advise you to try beating this boss in your own first, is a really exciting battle, it has a lot of surprises. The song, “Megalovania” is really fitting too, I really wasn’t expecting it, since it wasn’t on TobyFox’s bandcamp list of the game’s song.
There is a song called “Song That Might Play When You Fight Sans” instead, I don’t know if that song actually plays somewhere in the game.
————————————–
As a little trivia: Megalovania is the song for this battle as mentioned earlier, Toby first used it on a Earthbound Halloween romhack, and was used once again on Homestuck, 2 years later.
————————————–
Sorry for the watermark, the wall thingy at the end and the bad FPS’s, can’t do anything about it. (It doesn’t allow me to edit the video, so…)

I actually wanted this to be more difficult and less just surprise attack gimmick.