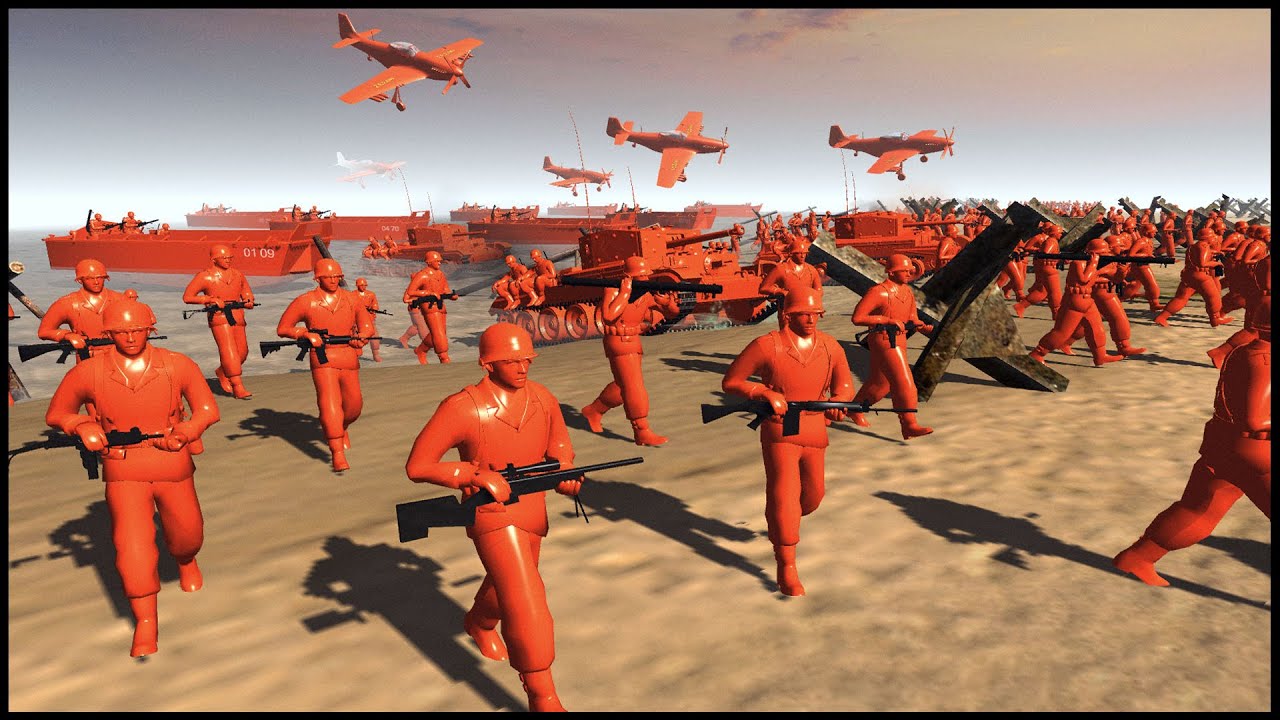 The massive orange army men army is on a crusade to recapture the holy land! The red army men must defend their shores in a d-day battle against beach landing attackers. This episode of Army Men Civil War was created using the Men of War Assault Squad 2 Army Men of War mod battle simulator.

Support me on Patreon:

Thank you to my Patrons, I took off the list of people due to some arguments about the ordering of them between donators. But I sincerely appreciate the help you guys bring via your patreon donations.