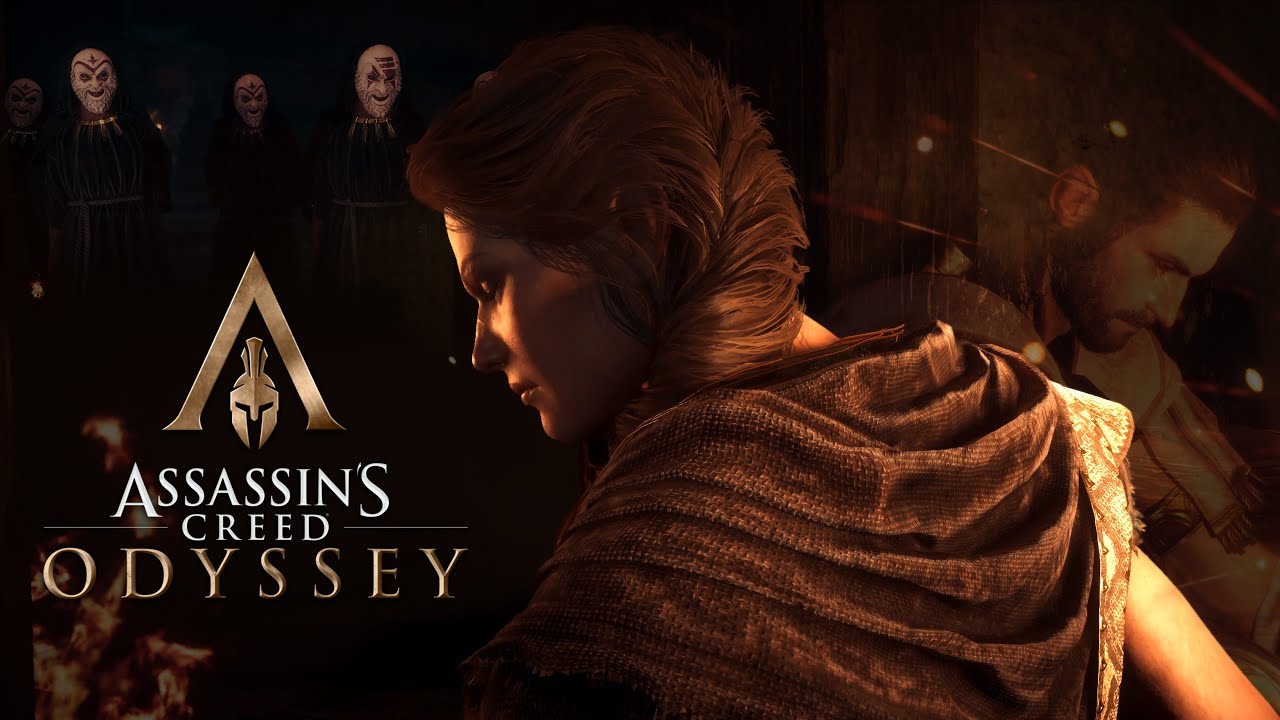 The story of Assassin’s Creed Odyssey, edited into a movie! Make sure you keep watching when the credits roll, there’s an extended epilogue that is worth watching 😀

If you’re unfamiliar with my work, I like to take the stories of my favorite games and edit them into full length movies. I also try to do that in a way where the movie can be understood and enjoyed by anybody, whether they have played the game or not. This isn’t a “Let’s Play” or walkthrough, and this isn’t a cutscene compilation. I try my best to present the entire story as best as possible, including any cutscenes and just enough gameplay necessary to do just that, while doing my best to retain decent pacing and avoid leaving plot holes.

In the case of Assassin’s Creed Odyssey, making this movie was a bit of a different task than usual. In this game, the player has the ability to influence the story somewhat through their choices. Because of this, for direction on how to take the story for the movie, I decided to follow the official novelization by Gordon Doherty as a guide. Now, there are things in the book that aren’t possible, and things that progress differently in the game than the book, meaning I did need to add some extra scenes compared to the book, but for the most part I feel I did a good job sticking as closely to the book as possible. This also included editing together scenes from three different endings to get the one that most closely matched the book ending.

Part of the process of making my movies is also removing as many “gameplay indicators” as possible from the screen. Thankfully Assassin’s Creed contains a No HUD mode, so there isn’t as much I needed to do there, but I also want to thank Ubisoft for finally reducing the frequency of auto save indicators. Personally, I think they should be unnecessary in modern machines anyway, but the fact that there was less of them this time around helped significantly speed up post production this time around.

One thing some people may notice is the frame rate is somewhat choppy in this video. This is due to one or more of a few things. I know the game isn’t a solid 30fps, so that’s part of it, but I think it’s also a combination of other factors. For one, in this movie I was using the AV.io 4K capture device, which sends uncompressed 4K30 video to the computer, and that really pushes the limits of the USB port. As I have just built a new PC, it’s possible the new USB ports on this PC simply can’t keep up. It’s also possible the recording device itself is having troubles. However, it’s also possible the real time video encoder I use, NVENC, is having issues with my GPU. Between projects I was also using that encoder for other work that should have required very little processing power, and it did have skips, so it may be my GPU that is going bad and caused the skips. It’s hard to tell which of these factors caused it. However, as I posted in my other most recent video, I just bought a new device for recording, which records directly to SSD, no USB required, and produces very reliable results. I actually used this device to record about the last 20 minutes of the movie leading up to the credits.

As always, if you like my movie make sure to support the developer by buying the game. If you want to support my channel, make sure to subscribe for more videos like this. Youtube Premium also helps a lot more than people realize. I also have a Patreon if you’d be interested in supporting further:

Every Patron will gain access to posts detailing every aspect of production, including release date and movie length estimates long before they become public. $5 supporters are also able to download full high quality versions of my movies, including many with 4K and surround sound.

As always, let me know what you think! Thank you for watching my movies!