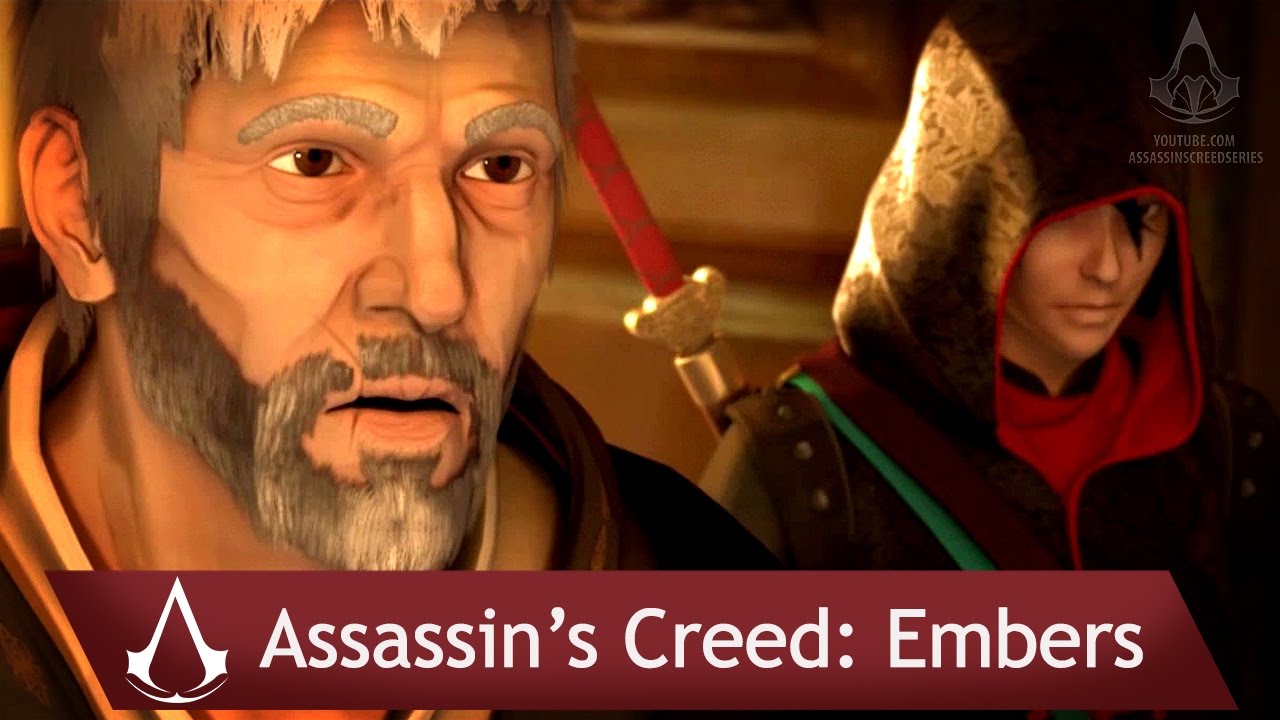 The short film follows an elderly Ezio, living a peaceful life in the Tuscan countryside with his wife Sofia and his children Flavia and Marcello and writing his memoirs.

One day a stranger appears, a Chinese female Assassin called Shao Jun, who came to Ezio in order to seek knowledge of his life as an Assassin. Although Ezio prefers that Jun not stay, due to his desire to leave his days as an Assassin behind, Sofia allows her to stay for the night.

The next day, Ezio catches Jun reading his memoirs and bids her to leave, but relents after she asks him about what it means to be an Assassin.

Embers is an animated short film created by UbiWorkshop. The film is included as a bonus in Signature and Collector’s editions of Assassin’s Creed: Revelations and in The Ezio Collection. UbiWorkShop released a teaser trailer on July 21, 2011, which was featured at Comic-Con 2011.